DEFINITION
Phenomenon: A fact or situation happens in the present or current period, like this moment’s wind or this spring’s raining. People usually can have a sensory experience of phenomenon.

Landscape Process: a. Phenomenon is extending and changing through time. b. Nature tries to take back its space/land verses human construction and expansion through natural powers like tsunami, forestification. c. Landscape designer is using ecological methods to recover or improve the environment.

PROBLEMS
Landscape process, whether through natural behavior or human behavior, usually takes decades or even centuries to see its impacts. For instance, the ice age iteration is about 100,000 year, and right now, we are at the end of a 10,000 year small ice age period. It would be extremely hard for the public to envision such long process and its impacts to personal life and city. As a designer or decision maker, it is important to understand and emphasize the issue of landscape process. Traditional media has a hard time doing this. However, virtual reality as a new media has unique qualities that could potentially represent and communicate landscape process through time effectively.

How to interpret LANDSCAPE PROCESS through TIME by first-person IMMERSIVE NARRATIVE?"

NARRATIVE
-- A first-person story about James' life and landscape process in Providence
Narrative is a powerful tool for designer to communicate design with publics. It is also a guider leading people into the proposed situations. This project will use comic drawing as the narrative tool to introduce the landscape process issue in Providence and guide audience to the multiple proposed immersive environment.

In 1938, downtown Providence was booming with economy and population. It has much more pedestrian on the street; more various types of street store, and busier public transportation. In the VR scene, each people on the street has its own words talking about 1938 Great Hurricane in Providence. You can interact with these characters and listen to their stories once you walk close to them.

Luxury private car became popular and sign of fortune in 1938. Carriages was rare on the street at that time. Street car was an identical public transportation in Providence. Almost every street in downtown has rails of street car. 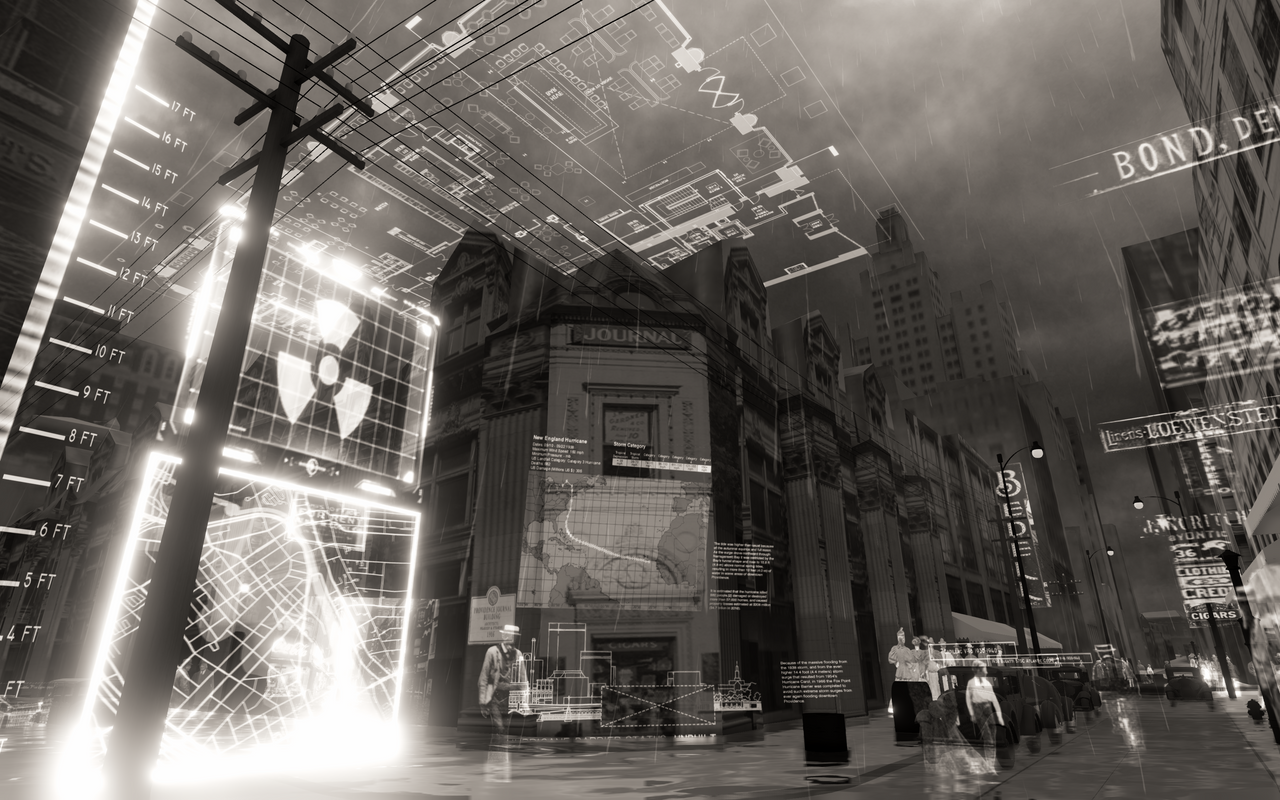 2019 is a peaceful year in Providence. Modern type of space with fancy street furniture seems to be the standard of any post-industry city. Full of private cars parking along the street. There are not many pedestrians on street in normal days. However, it starts borrowing more green into the artificial construction space.

In the proposed virtual environment, hidden information and data are revealed and located in the three dimensional space corresponding to the specific elements. For example the real-time location of character, building plan and facade details, sea level rise data info-graph, street store brands... 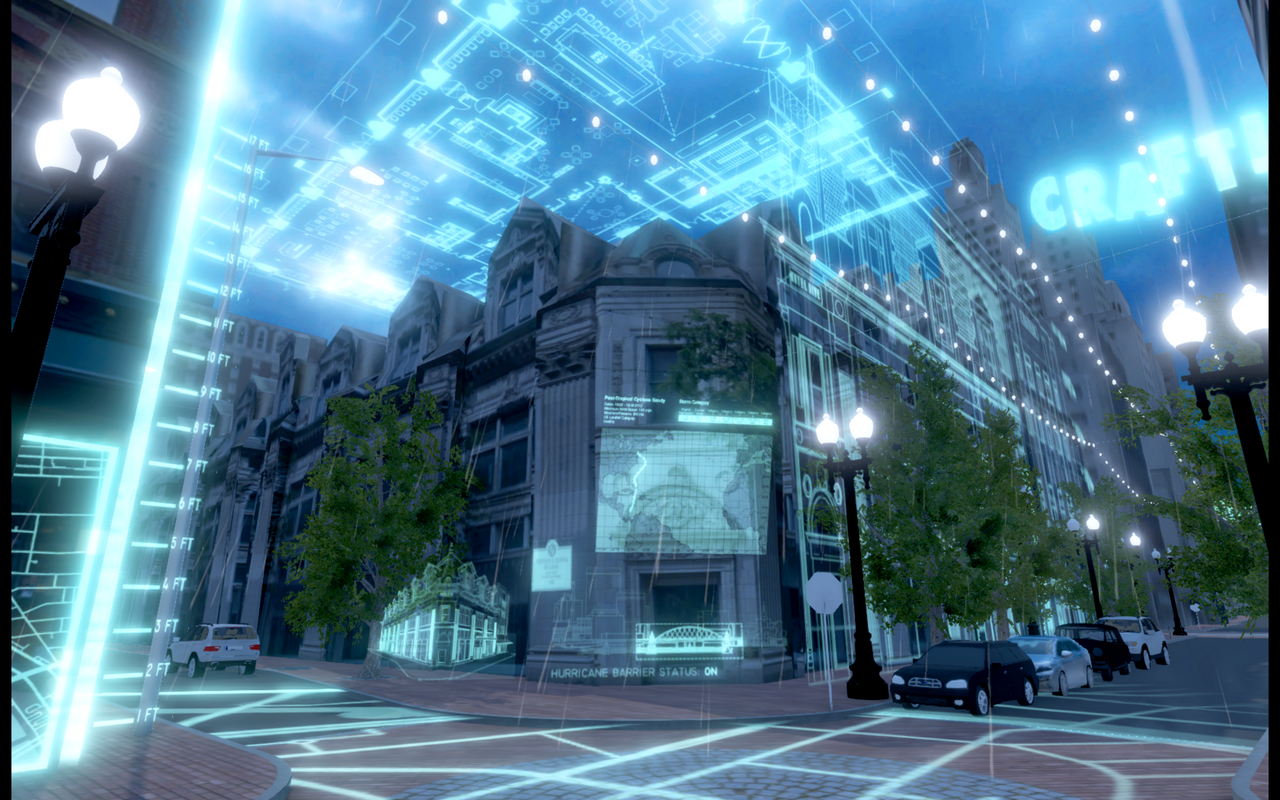 Water has been submerged most of the buildings in downtown Providence in 2509. Rooftops become alive by developed as new habitats and rooftop bars. A new floating downtown just opened to public right above the previous Providence river. New downtown maintains the major functions of old downtown: an augmented reality mall, luxury underwater hotels, and a cyber financial center.

The old downtown becomes a famous must-see underwater tourist site. People can dive or take an underwater public transportation to explore history of old downtown. New species of ocean creature take over the whole space that previous was booming with human civilization and development. 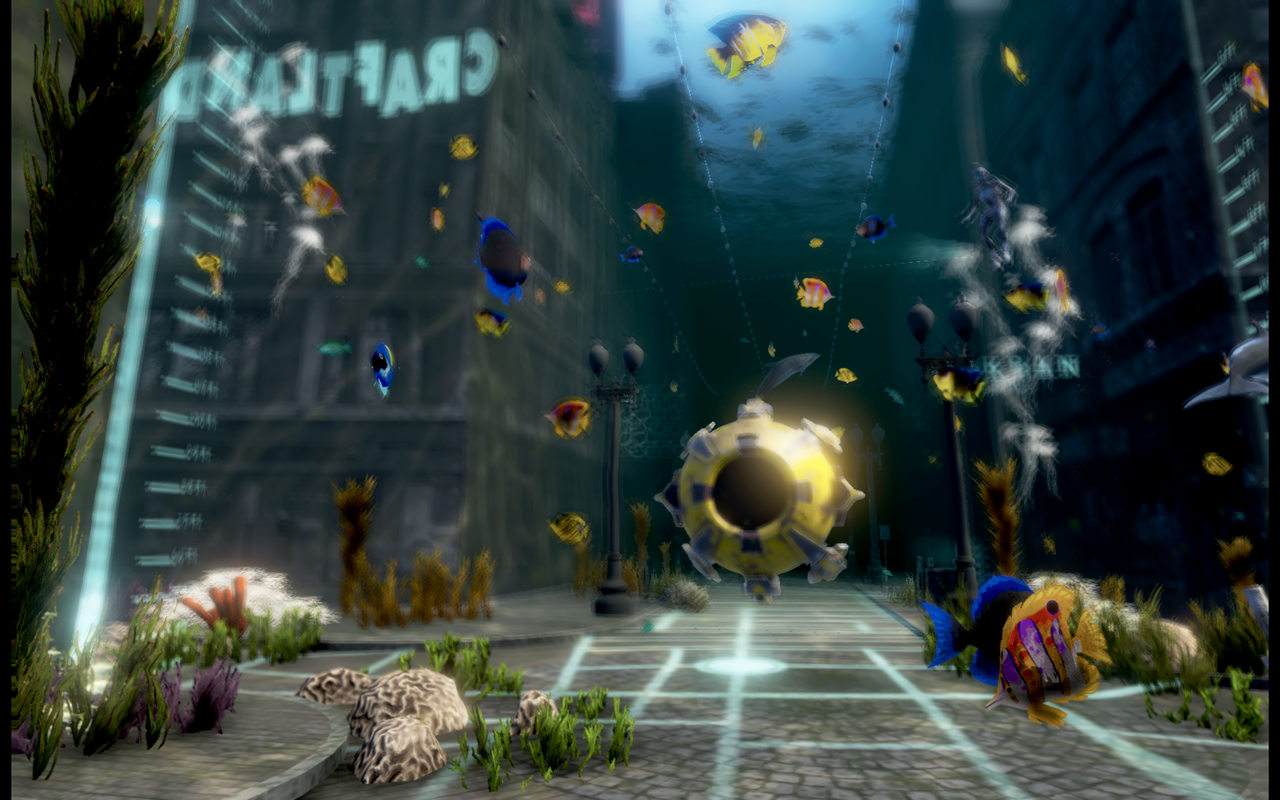 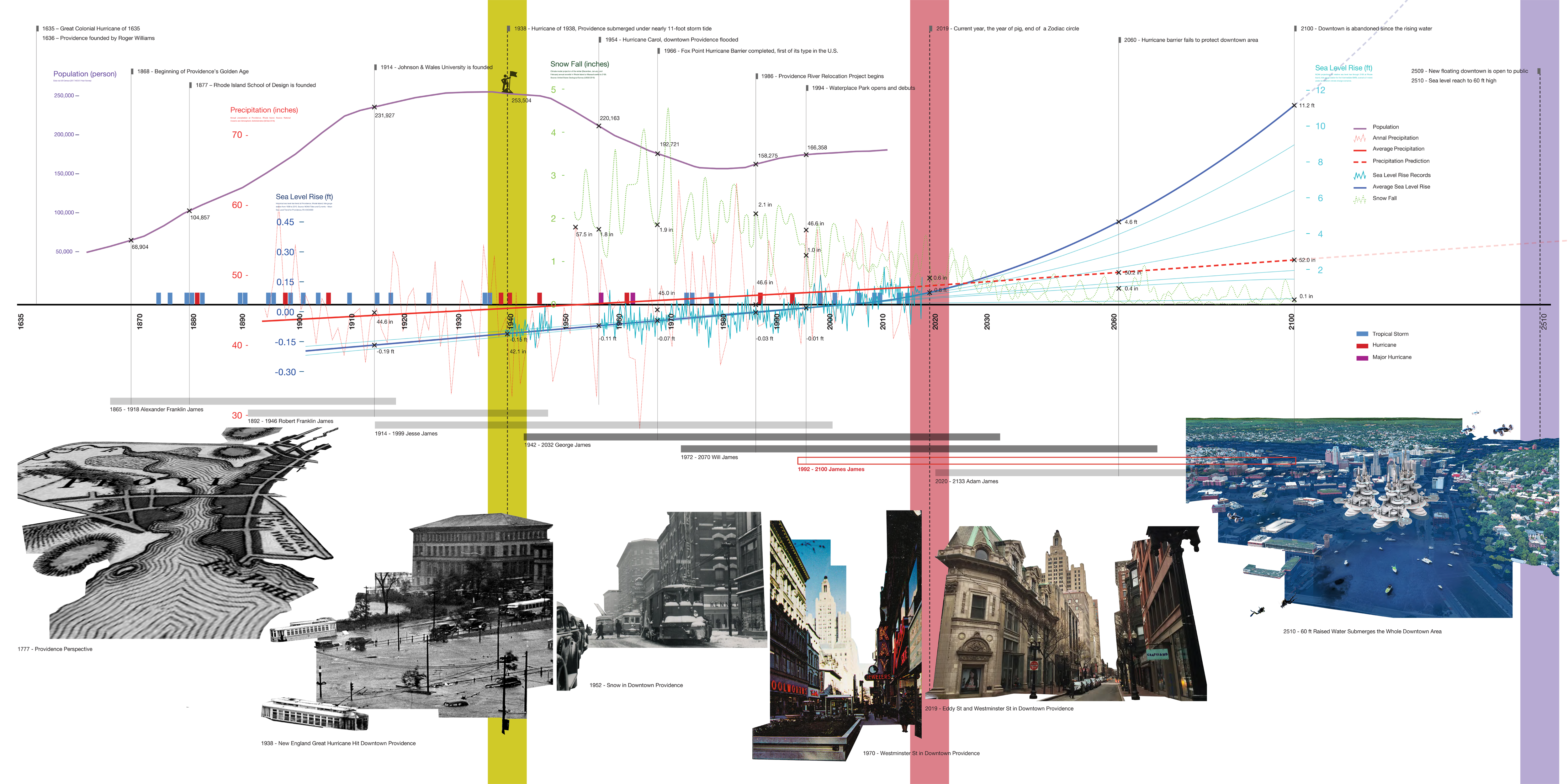 Related Theory -- Three fold present by Paul Ricoeur
No matter the past, present, or future, they all in the present. Paul Ricoeur argued that past and future are people's subjective memory and imagination, which only happens in the present. Same as James' story, although we jump back to 1938 and jump forward to 2509, these processes still occur in James' head at the moment of present.

Even though we always stuck in the present, it does not mean the past and future is not important. They are extremely important since they make the present meaningful. Imagining the world without past and future, there is nothing to compare with, and unable to evaluate the present, which becomes meaningless and uncertain. 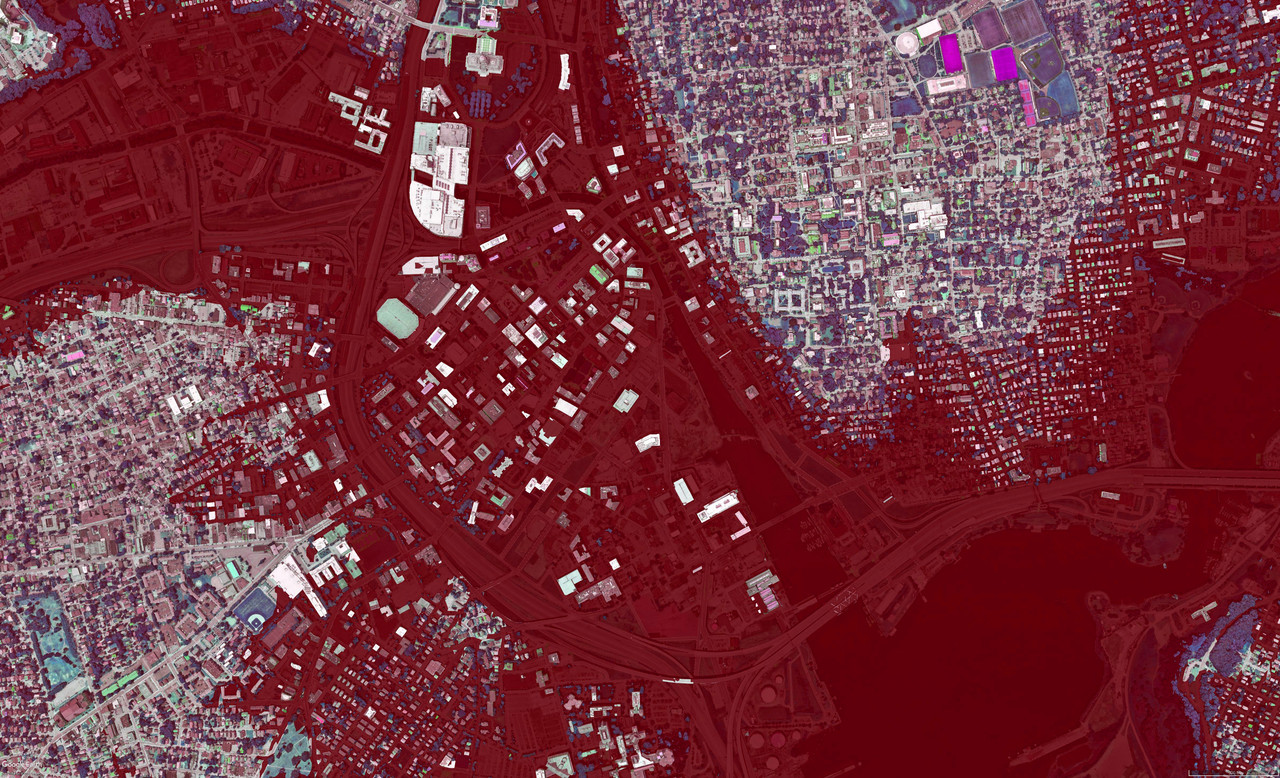 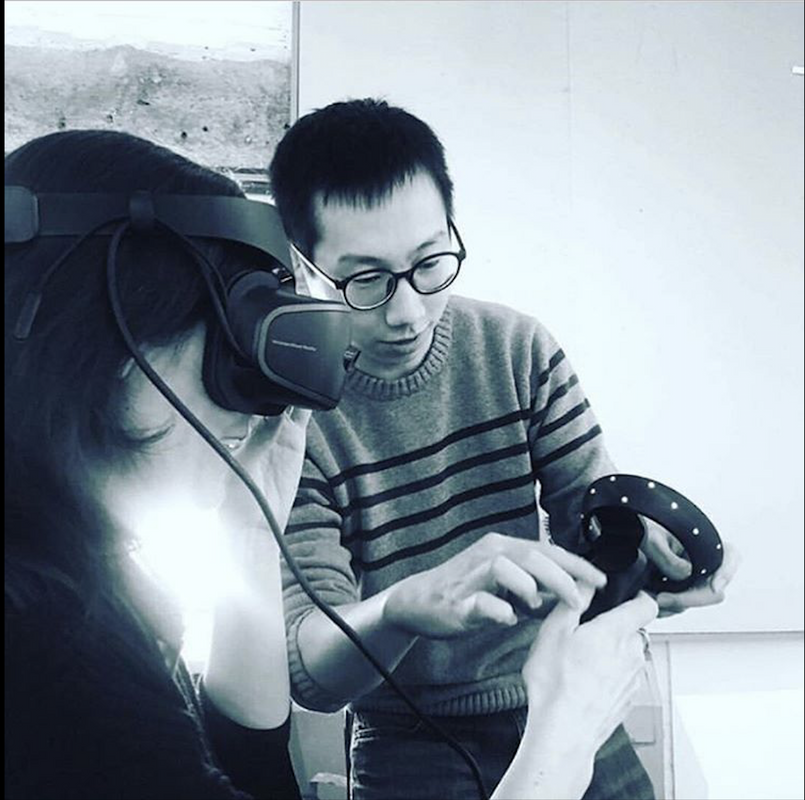 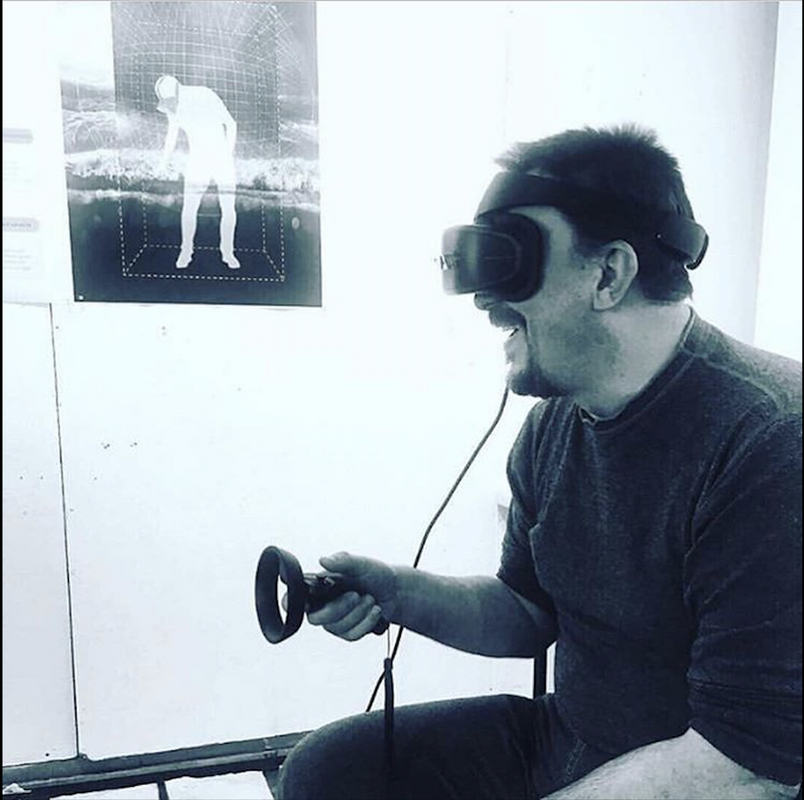 CONCLUSION
Landscape process impacts our world and daily life slowly, silently, and powerfully. As a human living in present, struggling for life at the moment, it is extremely hard for us to understand and pay attention to what happened in the past, and what would occur in the future. Landscape architect is an essential role to communicate and emphasis such problem to public. Virtual reality as a new design media has unique qualities could potentially represent such problem effectively comparing to traditional media. This project mainly experiment the possibilities for interpreting landscape process by innovative solution of using the immersive virtual environment and first-person storytelling.

As a landscape architect, this project is an exciting experiment to marry the traditional landscape with the new technology and new media. It actually expands the definition of landscape and creates another dimension in landscape design. In this project, virtual reality is a media could imbed much more information about sensation, experience, and environment. It also can spatialize the abstract data into the dimension of immersive world. Apart from the technology gap, there is no reason not embracing such powerful tool for the future landscape design. I am imagining, in the next 20 years, the landscape design would be an mixed world, where virtual dimension overlays the physical space, and people can sensory experience and interact with through wearable devices like a glasses or directly through holography technology. These could potentially create a new profession - Virtual Landscape Design. There are always worries and debates about embracing such new technology. However, looking through the history, we keep moving forward: the debates were gone, but new world and new life habits were adapted. Landscape architecture is a field usually delayed with movement of rapid changing world. We should be more open and optimism to such emerging situation. Actively changing and experimenting maybe the best way to avoid being eliminated or to revitalize the field in the future.